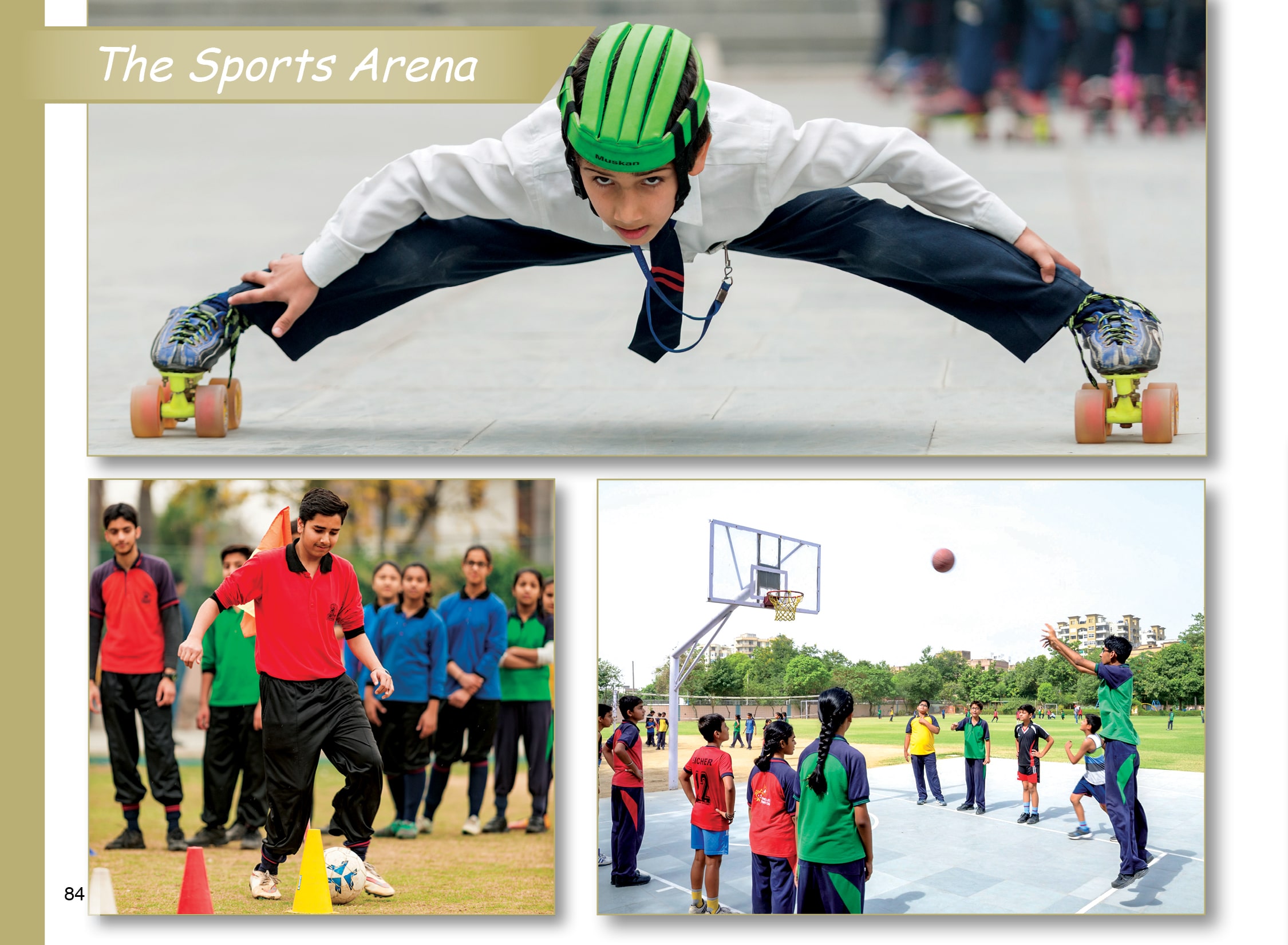 Eicher School, Sector 46, Faridabad organized a grand welcome for the youngest Indian woman swimmer, Devanshi Satija. To commemorate the event, the eminent guests Sh. Krishan Pal Gujjar, Union Minister of State for Social Justice and Empowerment and Mr. HDS Malhotra, Chairman Good Earth Foundations were amongst us. Devanshi Satija is a prodigy swimmer and has bagged a silver medal in women’s 100 mt. in butterfly stroke and one bronze medal in women’s 100 mt. freestyle in the S-10 category for India in Asian Para Games 2018 held at Jakarta, Indonesia from 6th to 12th October, 2018. We also had with us another star, Divya Satija who has set a new record of 28.64 seconds in 50 mt. butterfly stroke in the year 2017. She has also won a gold and a silver medal in 50 mt. and 100 mt. respectively. Sh. Krishan Pal Gujjar appreciated Devanshi and addressed the audience that she has not only made Eicher School but also the country very proud by achieving these medals. He also told the students that there is no short cut to success. We can only achieve it with hard work and determination. He also mentioned that now a day’s sports play an important role in a person’s life. Mr. Manmohan Gupta, the Head of Swimming Association, Faridabad presented a cheque of Rs 21000/- as a token of appreciation to both the sisters. Mr. Satija, father of Devanshi Satija thanked Ms. Ritu Kohli, Principal Eicher School and the teachers for giving constant support to his daughters. He also thanked the coaches who believed in Devanshi that she will bring laurels to the school as well as for the country. Ms. Ritu Kohli, Prinicpal Eicher School, Faridabad felt really proud to announce that both the girls came out with shining colours. Devanshi made us and India feel proud on achieving these medals. She has brought glory to the country. In the end she said that we should not lose hope until we get success in our life and should keep struggling hard for it. 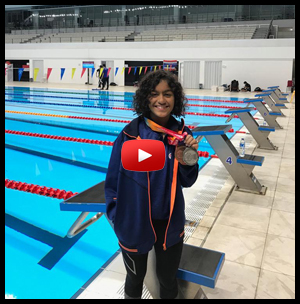 At the Para Asian Games 2018 at Jakarta, Indonesia, our star swimmer, Devanshi Satija of class X-D has won 1 silver and 1 bronze medal. We are truly proud of her achievement and wish her the very best for her future.

Prashant Yadav of Class IX B has got selected for National Football Tournament.

Swimming NATIONAL PARALYMPIC SWIMMING CHAMPIONSHIP Devanshi Satija of class VII won 4 gold medals in National Paralympic Swimming Championship held at Belgaum (Karnataka) from 27.11.2015 to 30.11.2015. She has been declared as the BEST SWIMMER in S-10 category. 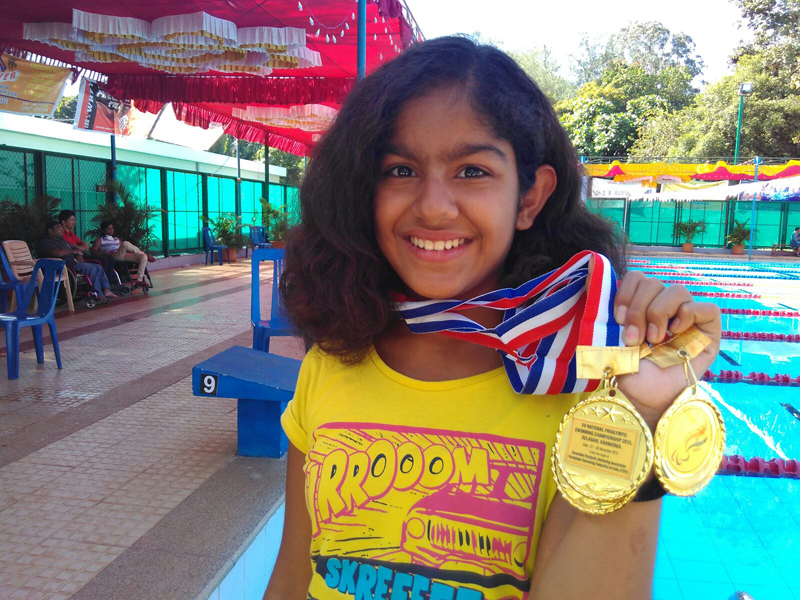 Boys U-14 School state football tournament held at Rewari from 6th - 8th November, 2015. Our 11 students participated in this touranment.

Our School Football(Girls) Under-17 team bagged the first position defeating DAV-14 team by 3-0 in the finals of Pre-Subroto District Football Championship held at DPS, Sec 19, from 23rd to 24th July 2018. and have qualified for State Level Pre Suberto Cup. District Swimming Championship was held at Apeejay School, Sector 15 Faridabad from 29th July to 31st July. Our school bagged 79 medals in all. 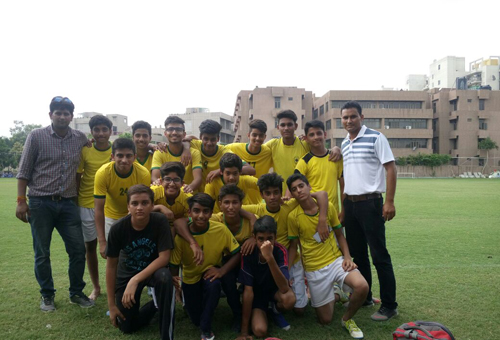 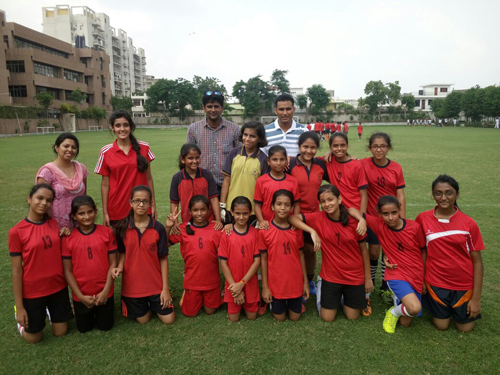 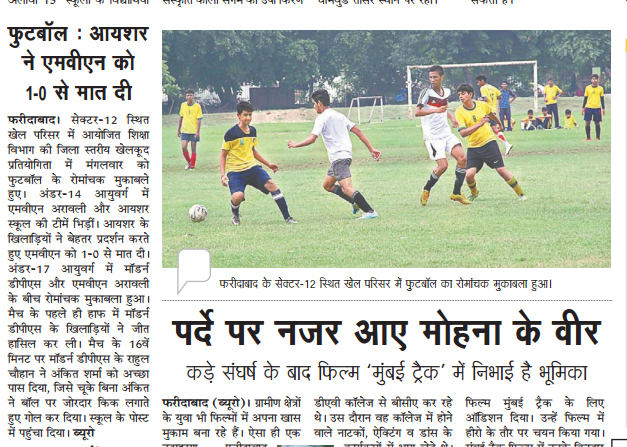 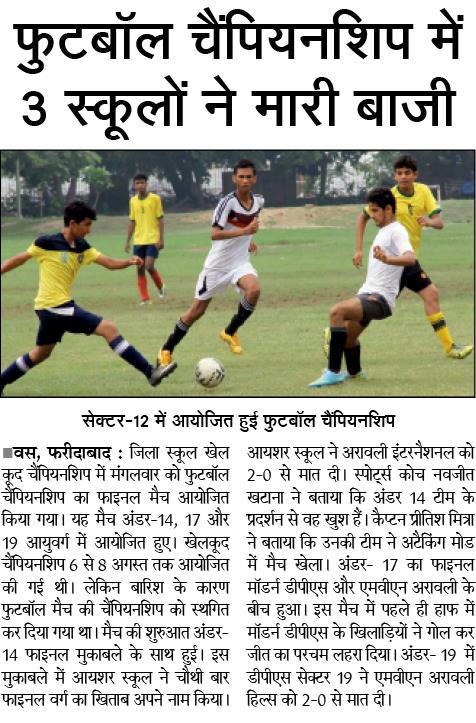 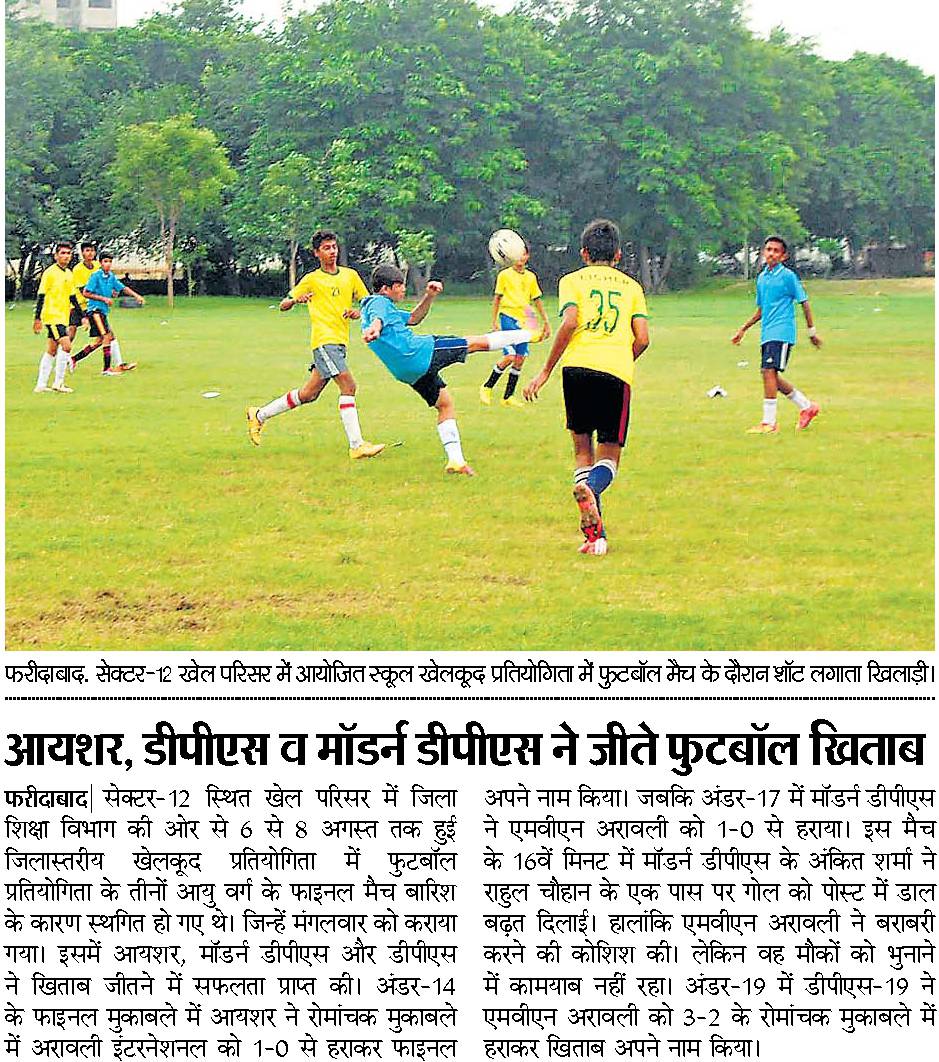 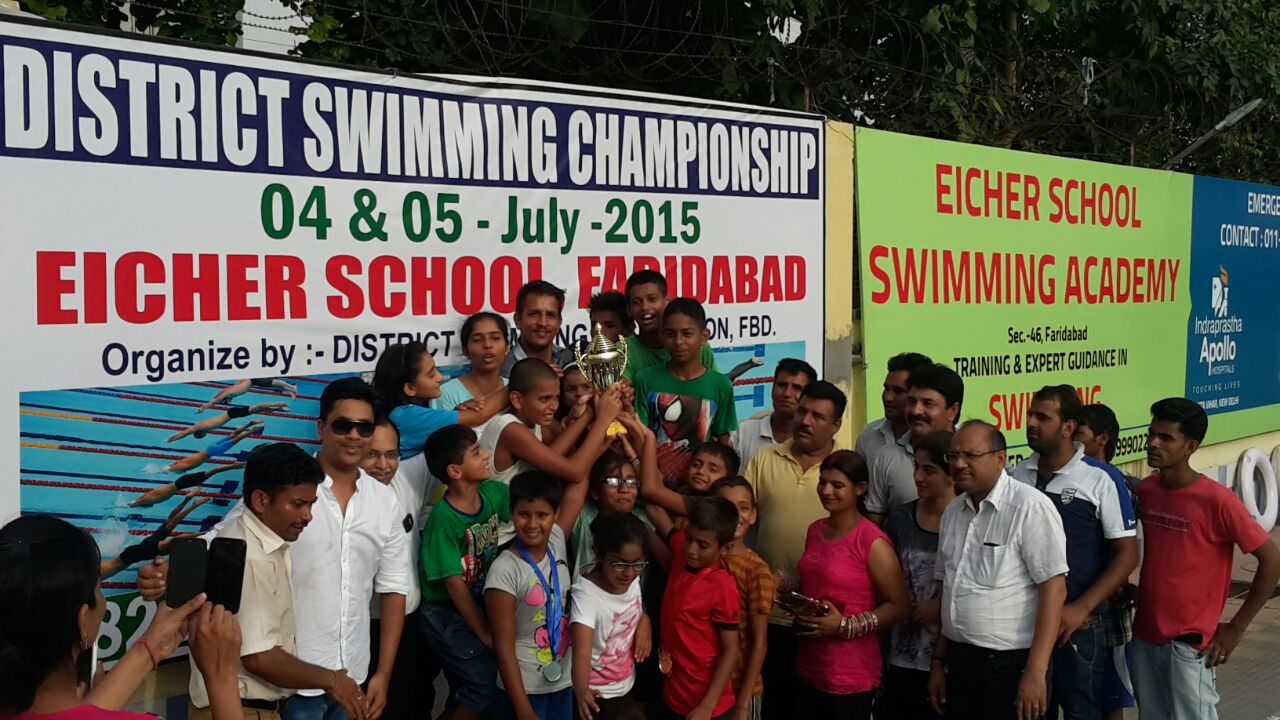