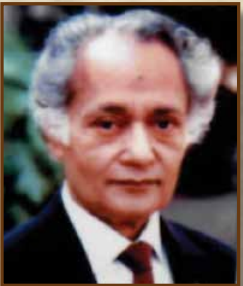 We started our first school, Alwar Public School, 38 years ago in Alwar, Rajasthan, especially for the executives of Eicher Tractors Ltd. Alwar was a backward area at that time and employees were reluctant to move to a place where educational facilities were not good. Keeping this in mind, we started a small school in a residential area. Soon, as the number of students increased, we had to establish a full-fledged school on a 20 acre property. This story was repeated in Parwanoo as well.

In Faridabad, unlike in Parwanoo and Alwar, there were many good schools which could suffice the requirements of our executives but the Workers’ Union of Eicher Tractors Ltd. wanted us to replicate our success story here as well and ultimately, we decided to start a Senior Secondary school here in 1994. The beginning was humble-the school was set up in a residence in Sector 21A where the majority of students were from the families of our employees. And because it was patronised by the workers, we decided to have two streams- one in Hindi and the other in English. But soon, the number of students in the Hindi stream started dwindling because the workers wanted their children to be taught in the English medium only. Thereafter, the school abolished the Hindi stream and Eicher School, Faridabad became a fully English medium school in 1995.

Under the leadership of the founder Principal Ms. Kamayani Asthana, there was a steady increase in the number of students and the school had to move twice into bigger accommodations. Finally we approached the Haryana Government who allotted us a 5 acre plot in Sector 46 where the present building stands. In 2001, Ms. Asthana moved to the Head Office and the reins of the school were taken up by Ms. Ritu Kohli, the present Principal, under whose able guidance the school has been growing and today it is considered as one of the best educational institutions in Delhi, NCR.